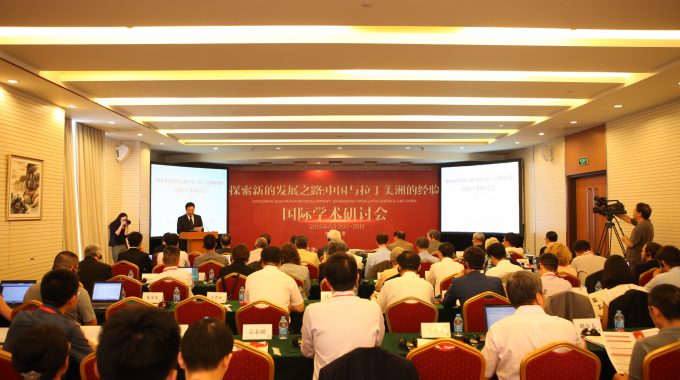 Thanks to the generous support from LUCE Foundation, The School of International and Public Affairs at Columbia University (SIPA), The President’s Global Innovation Fund, and the Center on Global Economic Governance (CGEG), the Initiative for Policy Dialogue (IPD) successfully concluded its inaugural conference on Latin America-China that took place on August 28th and 29th 2015 in Beijing, China. Working in partnership with the Renmin University of China and Columbia University’s Global Center I East Asia, the first conference drew a total of one hundred and twenty people including speakers, conference observers, press and local students for this one and half day event. IPD brought together senior researchers, young scholars, policy makers from the United States, Latin America, and China to generate greater understanding and engagement around China’s economic role in Latin America. This conference was widely reported by Chinese media, such as Caixin, Guancha and Chinese Social Science. The entire conference was also live streamed by Sina Finance , attended by representatives from the China Dialogue Beijing office and the U.S. embassy to China in Beijing.