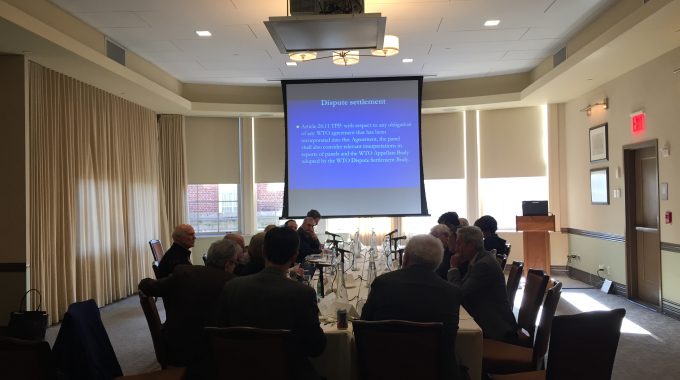 On Jan 19 2016, IPD hosted a one-day conference on the effects of international policy rules on national inequalities. Topics of discussion included; globalization and rising inequalities, neo-liberal policies, tax competition, capital account regulations, dispute resolution of investment agreements, intellectual property rights, comparisons of FTA and TPP provisions, and the political economy for global rule making. The program was coordinated by Eric Helleiner and José Antonio Ocampo. The meeting resulted in research manuscripts, which will be compiled into an upcoming publication.

Rising national income and wealth inequalities are major adverse trends that the world has experienced over the past three/four decades. This is mixed with large historical inequalities in living standards between developed and developing countries, as well as rising inequalities among developing countries during recent decades. Since these trends coincide with consolidation of the “second globalization,” an obvious question to ask is to what extent the rules that govern formally or informally the global economy –or the lack of such rules— are basic determinants of these trends. This implies putting together two brands of ongoing research and debates –those that relate to global rules and to national and international inequalities– to analyze the interactions between the two and draw lessons of how global governance arrangements must be reformed to counteract them. This upcoming publication will analyze these issues from a broad perspective as well as a deep look at the rules related to direct investment, financial flows, intellectual property rights and taxation (in the latter case, the lack of rules). The upcoming book is the result of a joint project supported by Columbia University’s Global Policy Initiative with contributions from academics and policy makers from several institutions and universities.