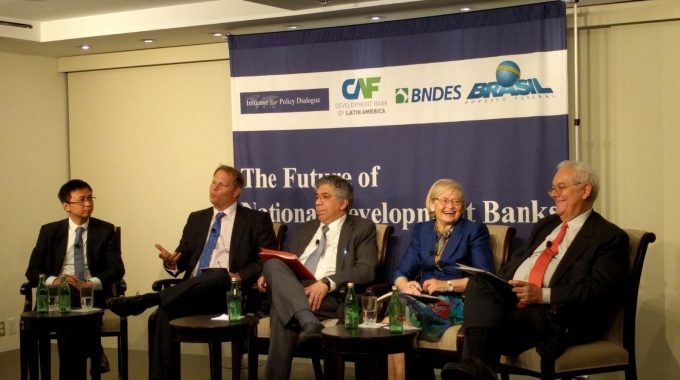 At the public panel, the four panelists addressed the questions of what the future for development banks looks like.

Stephany Griffith-Jones argued that we need instruments of long-term finance that will fund structural transformation. We need a recovery of growth, greener growth, and inclusive growth. And whenever you need a change of model, you also need to have instruments to fund these projects at their infancy. She noted that there is increasing recognition of these needs, and even a World Bank report found that development banks can be a part of a successful development strategy. She continued to say that this project specifically looked a 5 countries in Latin America, as well as China and Germany. While she acknowledges that there is substantial variation in development banks, the potential roles are similar. Development banks can provide: (1) countercyclical policies, (2) structural transformation and economic diversification, (3) promotion of green energy, (4) infrastructure financing, and (5) financial inclusion. However, she also noted that development banks should be more targeted in their focus, and not become overstretched. And the synergy between public and private sectors, and development banks collaborating with regional and multilateral development banks is important; we need to think about a system of development banks.

Next, Jose Antonio Ocampo noted that the case studies in Latin America reflect three different historical trajectories. The first case is BNDES, which continued to be important in Latin America. Second, both Chile and Colombia were early reformers, but kept a lot of the old institutions without complete privatization. Finally, Peru and Mexico kept the development banks but with significant reduction, along with widespread privatization. He also discussed four types of instruments: (1) Most important is lending, particularly through second tier and on-lending, though a few do first-tier lending in sectors like infrastructure; (2) Equity and debt funds have also become more important; (3) Guarantees are serving an increasingly important function, but unclear how much it can replace other financing; (4) finally subsidies can also be important, and they are very flexible (including green technology to financial inclusion). Finally, Ocampo noted three areas that present challenges: (1) there are currently unclear regulatory frameworks for development banks; (2) new instruments like microfinance and rediscounting are untested, and there is not much precedent; (3) finally, there is also a need to increase state capacity. Development banks need to be engaged with politics, but not dominated by them.

Ulf Moslener discussed the experience of KfW. KfW was founded to administer the ERP Funds, but today the role of KfW has been changed, and today mostly focused on climate change mitigation and structural transformation. KfW’s early support for housing in reconstruction and reunification also gave it key experience in climate finance. Important to understanding KfW is that providing money is insufficient, and it is more than just addressing market imperfections. And we think that this has effective increased the policy space for KfW. This is a consequence of an active interaction in the policy process, from what policies are selected all the way to implementation and evaluation.

He noted that the three characteristics of KfW: (1) An active bank but acting based on socioeconomic objectives, and equipped with the financial backing of the German government; (2) The exchange between KfW and the government. In this way, KfW knows more about policy than commercial banks, and more about financing than the government; and (3) in-house technical expertise. An example is the green economy. How can you translate international agreements into domestic policy? Hard to address on a project basis, but rather as an entire shift. For one, there needs to be taking serious the entire value change—not only the high-value investments, but also need a wide arrange of supports (such as developing the technology). At the beginning, equity might be good; later second-tier banking might be good (such as decentralized solar). KfW has been active in this process, and thinking through the investment strategy and the instruments, and trying to avoid market distortions. He reiterated that there is also difficulty in replicating this model abroad.

Finally, Qiyuan Xu discussed the experience of the CDB. While KfW may be successful, it is difficult to know whether this was successful with the CDB. For one, there has been a lot of revising of old problematic tools (local financing vehicles), but this has also created a set of new problems. In addition, the CDB has been growing rapidly—assets are now more than 2 trillion USD and 18% of all assets in China. Yet it is a young institution (from 1994), and had huge problems with NPLs. Today, this has completely turned around. He gave two reasons. First, for a developing country, the crediting system is more important than the tangible infrastructure. But for the intangible system, China had a deficit. There was no sound credit system—this has improved with the development of the CDB. As the laws began to limit local borrowing, CDB created the LGLV, and was quite efficient until it was restrained in 2015 (an instrument that used local government owned land as collateral). Second, China suffered from underdeveloped financial market, and the CDB could play a role to develop markets. CDB has developed the bond market. He noted that overall the CDB has improved its trajectory.

Following the panelists, Mariana Mazzucato extolled the virtues of development banks, arguing that this is an opportunity for us to become bolder and louder in policy circles. For example, the Schroeder reforms are often demonstrated to show why Germany is competitive; but KfW is also key to this, in addition to some of the reforms. Ultimately, this should be used to argue for the increase in government capacity. Moreover, these voices should be done at the macro-level to talk about this as the greater role of government in the economy, and the role of public banks in structural transformation.

Dr. Otaviano Canuto, the moderator of the panel, echoed many of the other panelists. He said that there is a strong narrative that development banks provide services that cannot be provided by markets. This can be done through financing and providing additionality. The operations and needs of these DBs have also changed substantially and this requires a new strategy.

In conclusion, Griffith-Jones recommended that we now need policies that will help expand effective development banks and to effectively regulate them. There needs to be better cost-benefit analyses, and these banks need to crowd in the private sector, not crowd it out. At times of transformation, the private sector doesn’t always invest—so it needs to be the role of the public sector. In countries without a development bank, it is an incomplete financial sector, and they should consider establishing one. Ocampo concluded that there may be functions that have social value, and those should be financed by the government. 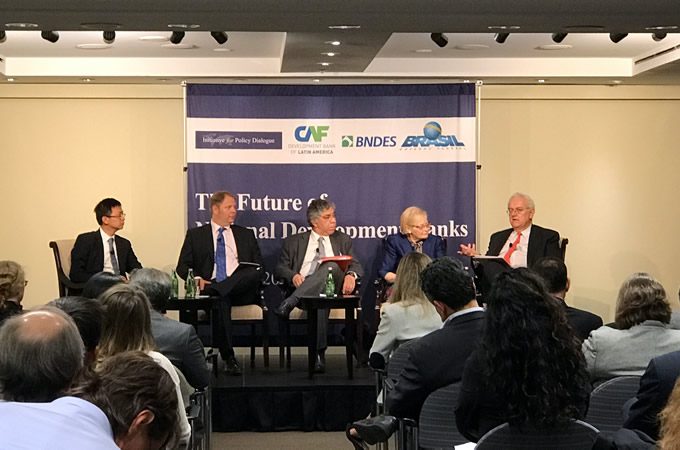 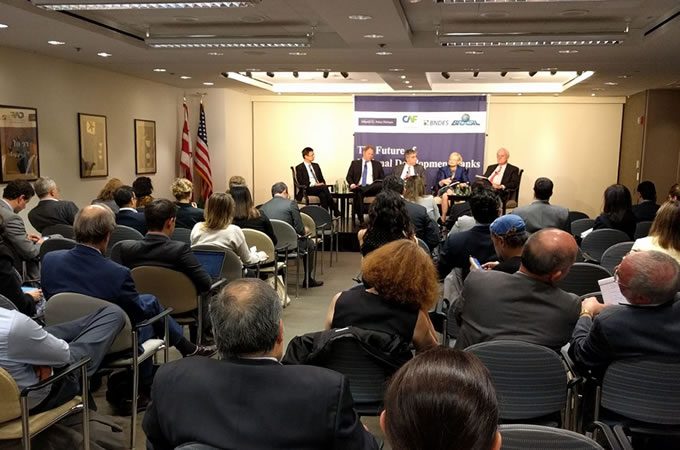 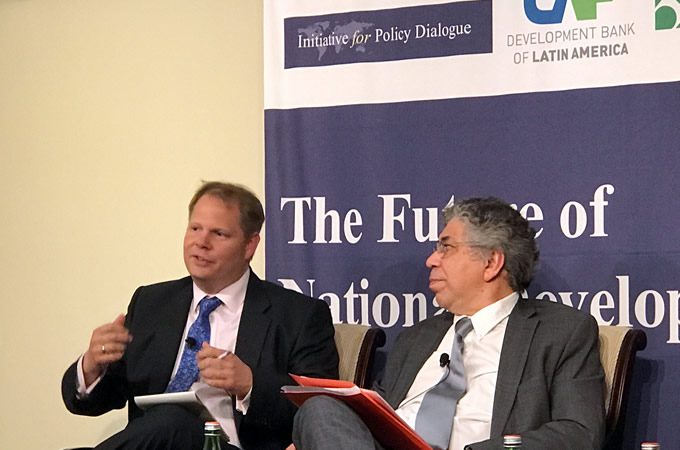 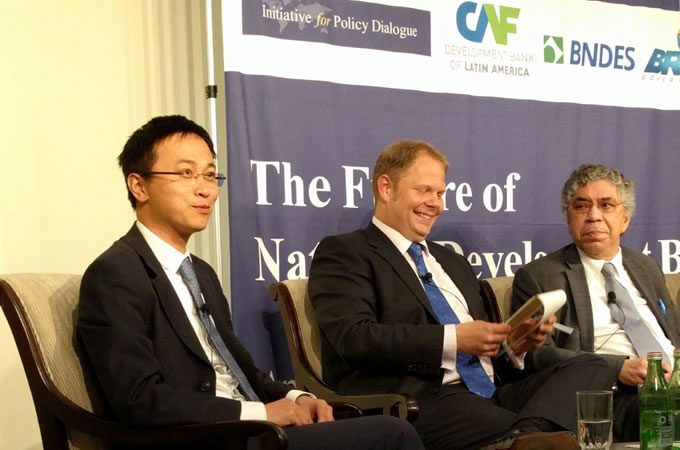 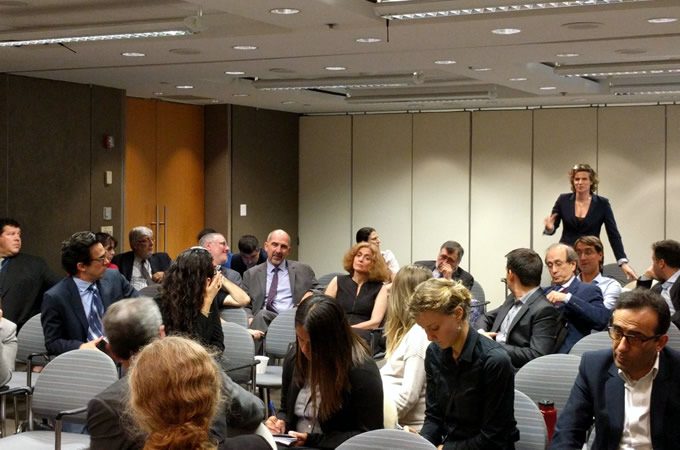 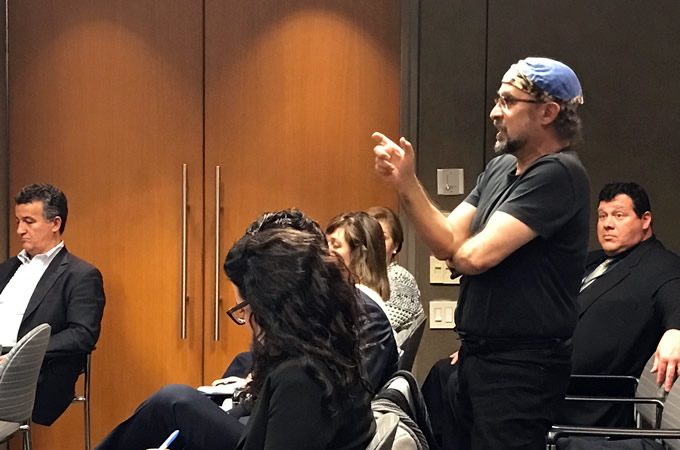 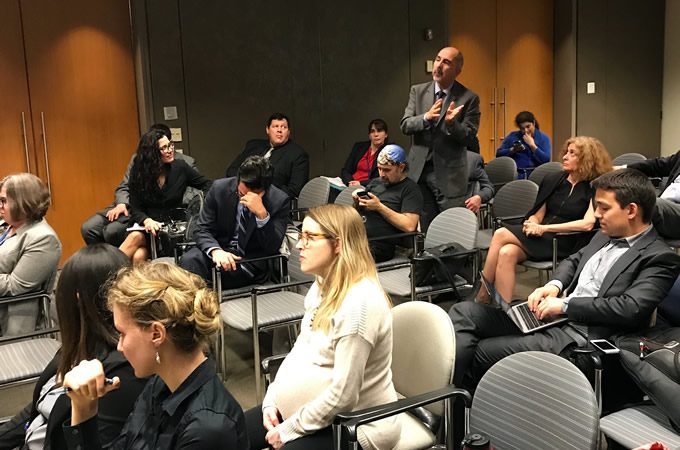 Juan Carlos Moreno Brid (UNAM) chimes in during the Q&A 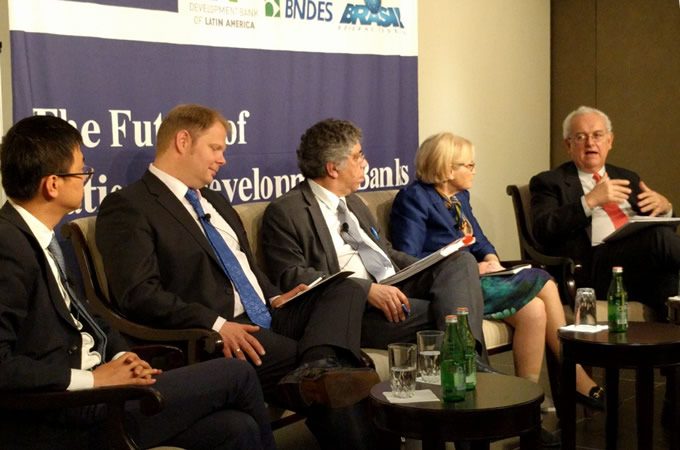