The U.S. Supreme Court’s decision to overturn Roe v. Wade will result in a denial of essential healthcare to pregnant people. This is not only a violation of their basic human rights, it is a terrible blow to society. It will cause additional deaths, disability and substantial economic hardships for people denied care, their children and their families, and will have a major impact on the economy at large.

The history of maternal health in the United States teaches an important lesson about the impact the lack of access has on pregnancy-related healthcare. In the first three decades of the twentieth century, the U.S. had the highest rate of pregnancy-related deaths among comparable nations. In 1920, one woman died for every 125 live births. Maternal mortality was the second largest cause of death for women after tuberculosis. And for every death, 20 times as many mothers were estimated to suffer different degrees of disability annually. These conditions also led to the most debilitating symptoms if the women survived, such as neurological disorders, chronic anemia, severe forms of perineal lacerations and infertility. The high frequency of stillbirths and miscarriages further increased the health risk of pregnancy.

Starting in the 1930s, there was a dramatic improvement in maternal health as a result of greater access to prenatal care, better obstetric training, the introduction of sulfa drugs to treat infections and storing blood in case of hemorrhages. Between 1930 and 1960, maternal mortality fell by 94 percent, accompanied by a corresponding decline in pregnancy-related conditions. As a result, the labor force participation of women of childbearing age shot up from 10 percent in 1920 to 40 percent in the early 1960s. As the health risk of pregnancy waned, women decided to have more children. The total fertility rate increased from 2.2 children for each woman in the early 1920s to a high of 3.6 children for each woman in 1960. The decline in the risks of pregnancy-related conditions can account for approximately half of the increase in both married women’s labor force participation and fertility between 1930 and 1960.

But that was not all. Parents realized that pregnancy and motherhood did not curtail opportunities for their daughters to participate in the economy. Consequently, investment in girls’ education increased. For people born between 1933 and 1950, the decline in maternal mortality was a key factor in women’s college graduation rates catching up to men’s. With better education women’s employment options also increased, spurring their entry into the professional ranks. As a result, fertility dropped from the early 1960s’ peak, and increased the resources parents devoted to the health, well-being and education of their children.

Unfortunately, these improvements in maternal health have been partially reversed in the last 40 years. The U.S. has returned to the unenviable position of being the country with the highest rate of maternal mortality among rich nations. Pregnancy-related mortality is more than twice as high for Black and Native American citizens as for White citizens.

Lack of access to abortion care resulting from overturning Roe will set the U.S. back even further. For the nation, a total abortion ban would result in a 7 percent increase in maternal deaths in the first year and 21 percent in subsequent years, just as a result of greater mortality risk of continuing a pregnancy. That doesn’t even include the additional health risks associated with unsafe abortions. The increase in deaths will hit all races and ethnicities but will be greatest for minorities. Each year, 4.7 percent to 13.2 percent of maternal deaths can be attributed to unsafe abortions.

Women’s labor force participation in the U.S. has stagnated since the early 1990s, while it has continued to rise in most comparable countries, mainly because of lack of access to affordable childcare, flexible work schedules and job-protected paid parental leave for most workers. COVID-19 has hit women’s employment especially hard, with single mothers in particular shut out of the workforce.

The Supreme Court’s decision removing the constitutional right to end a pregnancy will further impair women’s prospects in the labor market, in addition to endangering the health of anybody who could become pregnant.

Congress should move swiftly to establish a legal right to safe abortion. Not only will it restore a fundamental human right and save lives, history teaches us that when abortion is illegal it causes substantial and long-lived economic consequences for families and has a detrimental effect on the wider economy. 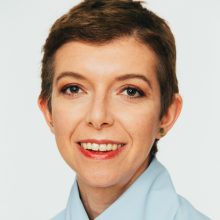 Stefania Albanesi is a macroeconomist whose research interests include the determinants and implications of various dimensions of inequality and the distributional implications of government policies. She has studied the political economy of inflation, the optimal taxation of capital and labor income, and the evolution of gender disparities in labor market outcomes. Her current research concerns the distribution of debt and defaults in the lead up and during the 2007-09 financial crisis and the determinants and consequences of personal bankruptcy. She is also working on the impact of changing trends in female participation on aggregate business cycles and on using machine learning to develop accurate and interpretable models of consumer default. 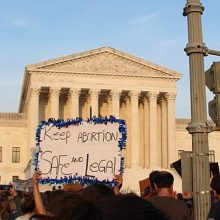