On September 15, the third round of checks from the recently expanded federal child tax credit dropped into parents’ bank accounts across the country.

This historic economic relief is part of the American Rescue Plan, which increased the child tax credit payments from $2,000 a child in 2020 to $3,600 for each child under 6 and $3,000 for children ages 6 to17. The expanded program will provide families with an additional $116 billion for the year and will make the full allowance available to 27 million more children before it expires at year’s end.

The extra money is making an immediate difference in the lives of American families. In just one month, the tax credit helped millions of children escape poverty, and parents reported less trouble affording food and paying for household expenses. And this is only the beginning. The enhanced child tax credit is expected to cut child poverty nearly in half.

When adults around the country buy things their kids need – from diapers and food to school supplies and child care – their spending spurs economic activity. We are already seeing the positive economic impacts of the tax credit: according to a report from Mastercard, it contributed to an 11 percent boost in retail sales in July, shortly after the first round of checks went out.

The tax credit is also an important tool for starting to address deep racial inequities built into the social safety net. Early data show the expanded aid directly reduced hunger, with outsized improvements among families of color. Since checks started going out, hunger has fallen by one-third among Latino families and by one-quarter among Black families. Black and Latino parents and children have borne the brunt of pandemic-inflicted pain, and have long been affected by racist policy decisions that punished those who needed support.

Policies that directly support people who have historically been the most marginalized are imperative to creating a healthy and resilient economy. Putting money in the bank accounts of families’ who most need it makes the entire economy stronger and more resilient to shocks.

It’s no wonder that the child tax credit is wildly popular -- even with Americans who are not typically favorable to government programs. A new poll from Fighting Chance for Families, a joint campaign run by Data for Progress and Groundwork Collaborative, found that 84 percent of people who received the expanded child tax credit are supportive of it and 76 percent want to see it made permanent. Even many Republicans are on board.

So this begs the questions: if the tax credit is so popular and so effective, why has it taken us so long to get here? And why is there opposition to its permanent extension?

Historical context matters. Before this recent expansion, the program excluded roughly 27 million children -- including nearly half of Black and Latino kids -- from receiving benefits. This is the result of deliberate policies to create a social safety net that is riddled with racist policies designed to exclude and belittle the most marginalized workers and communities. These racist and sexist beliefs have infiltrated American politics, creating a self-perpetuating cycle of distrust in public programs and the people whom they support.

But the political landscape is shifting, opening a window of opportunity to fundamentally transform the social contract between the government and its people. In the wake of a massive public health crisis that arrived after decades of disinvestment in communities across the country, the pandemic has made it clear that only public power -- government in partnership with and held accountable by activists, organizers and everyday people -- has the resources, scope and scale needed to take on the structural inequities that created these needs in the first place.

The child tax credit is hardly a panacea, and there’s plenty more work to be done, but the policy provides an important blueprint: It meets real needs in communities across the country and is changing how people view the positive role that accountable government can play.

In the coming months, Congress has a once-in-a-generation chance to build on the immediate success of the child tax credit -- and reinforce how effective public power can be -- by permanently expanding the program. A permanent, fully refundable child tax credit is a win-win for communities around the country and the economy at large. 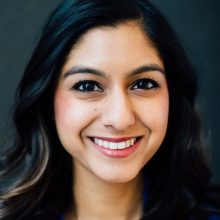 Rakeen Mabud is the Managing Director of Policy and Research and Chief Economist at the Groundwork Collaborative. Rakeen is an expert on economic inequality and the 21st century workplace, with a particular focus on how structural factors such as racism and sexism perpetuate inequities.

Most recently, Rakeen was the Senior Director of Research and Strategy at TIME’S UP Foundation, where she spearheaded the organization’s signature Time’s Up, Measure Up initiative. Prior to TIME’S UP, Rakeen was a Fellow and the Director of 21st Century Economy and Economic Inclusion Programs at the Roosevelt Institute, where she wrote about how structural inequities interact with the distribution of power in the economy. Rakeen also served in the Obama administration in the Office of Economic Policy at the U.S. Department of the Treasury. Rakeen’s writing has been published in The Guardian, Forbes, Teen Vogue, Morning Consult, The Hill and Ms. Magazine, among other outlets.

Rakeen holds a Ph.D. in Government from Harvard University, and received her B.A. in Economics and Political Science from Wellesley College. 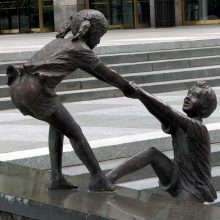