Domestic Workers Finally Get a Better Deal. Here's How

Domestic Workers Finally Get a Better Deal. Here's How

Nannies, home health aides, home attendants and housecleaners face significant challenges in the United States. The nation doesn't value their work, at least not economically, and there are few national or state labor regulations or social protections to shield these employees from poverty and abuse. Low wages, sexual harassment, poor working conditions and lack of overtime and sick pay are problems suffered by domestic workers, but they are also problems that affect employers, since exhausted, ill or mistreated workers can’t do the best job.

The Covid-19 pandemic has highlighted the precarious nature of this sector. Many domestic workers were laid off because of measures taken to slow the spread, while those who stayed on as essential workers faced a greater risk of exposure to the virus, especially when personal protective equipment was in such short supply.

Household work has long been a potentially bleak profession, but even with the pandemic, the overall situation may finally be getting better. Domestic worker organizations and the members they represent are using legislation and technology to improve the terms of employment and make sure that pay and benefits match the value of the work. Innovations include domestic worker bill of rights campaigns in a growing number of states and new digital platforms that provide portable benefits. These are important steps in creating better working conditions and securing higher pay for domestic employees, helping to ensure that economic recovery from the pandemic will happen within the broader framework of wellbeing and justice, and not just in the narrow confines of output-based metrics like financial stability and economic growth.

The number of domestic workers has risen rapidly in recent years, driven by a surge in national demand for home health aides to care for an aging population. Women make up 92 percent of domestic workers in the U.S., and about one third are immigrants—a much higher ratio than other occupations. In the global chain of care, domestic workers are doing the jobs that make other women’s paid employment possible. Yet they earn some of the lowest wages among all occupations – on average, they make around $11 an hour, or about $23,000 a year – and are three times as likely to live below the poverty line as other workers. Many take home even less money than that, because they often work without written contracts and are victims of wage theft.

The rise of “gig economy” apps to hire domestic workers and housekeepers has only added to the problem of low wages. Pay rates advertised on some platforms are not necessarily honored by prospective employers in the platforms’ private messaging section, and actual wages often fall below the minimum wage. Workers who use digital platforms have to advertise their services or create a social media identity, which can be difficult for older workers less familiar with how to promote themselves online, and it can also leave women open to online harassment. Workers with no internet access face an even bigger disadvantage.

But as of January 2021, nine states – including New York and California – and two cities have adopted domestic worker legislation, with active campaigns underway in multiple states. These bills usually include protections against harassment and retaliation, require paid time off, meal and rest breaks and notices of termination, and guarantee the right to written employment agreements and overtime. While policymakers are still debating collective bargaining, recent domestic worker legislation, including in Seattle and Philadelphia, has instituted wage and standards boards in which domestic workers are at the bargaining table. Legislation introduced in 2019 by then-U.S. Sen. Kamala Harris and U.S. Rep. Pramila Jayapal for a federal domestic worker bill of rights included provisions for a board comprised equally of domestic worker and employer representatives.

Philadelphia’s legislation offers a portable benefits system for paid time off through an app. The bill gives workers the right to paid time off and the app allows them to accept contributions from multiple employers, with the benefits attached to the worker. The new portable benefits are an excellent example of platform innovation, making it easier for employees to claim benefits and to organize. The worker-centered platforms are an improvement on earlier apps that focus mostly on worker flexibility and responsiveness.

More recently, President Biden's proposed $2 trillion infrastructure plan will help domestic workers because it allocates $400 billion to the country's care infrastructure, including higher pay and benefits for home health aides and greater support for their unionization. Although the plan stops short of addressing wage theft and harassment, problems routinely faced by domestic workers, it does go a long way toward implementing a recovery that supports domestic workers.

These advancements are needed now more than ever. Many domestic workers have lost their jobs and don’t have enough money to cover basic expenses during the pandemic. The risks are particularly stark for migrant workers, who have often been caught between different degrees of lockdown in the U.S. and their home countries, leaving many without jobs and in legal limbo. They have not been able to collect unemployment benefits and did not qualify for emergency response measures, nor could they look for alternative employment or return home because of travel restrictions. Not only has the pandemic exposed deep chasms in the U.S. by gender, race, and class, it has also exposed the urgent need for intensified collective action to protect the economic security and well-being of the domestic workers who clean, cook, and care for families across the country. 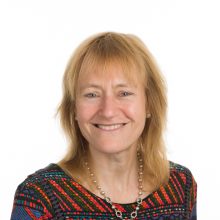 Yana Rodgers is a professor in the Department of Labor Studies and Employment Relations and in the Department of Women's and Gender Studies at Rutgers University. She also serves as Faculty Director of the Center for Women and Work at Rutgers. Rodgers specializes in using quantitative methods and large data sets to conduct research on women's health, labor market status and well-being. She has worked regularly as a consultant for the World Bank, the United Nations and the Asian Development Bank, and she was President of the International Association for Feminist Economics. She currently serves as an Associate Editor with the journals World Development and Feminist Economics. Rodgers earned her PhD in economics from Harvard University and her BA in economics from Cornell University. 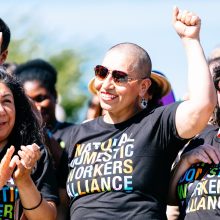