Women Worked More Hours Than Male Partners During Lock Downs. This Has To Change...

Women Worked More Hours Than Male Partners During Lock Downs. This Has To Change

Women lost their jobs at higher rates than men in many countries during the Covid-19 pandemic. This partly explains why they did more of the domestic work during lockdowns, but it’s not the whole story. There is evidence to suggest that in heterosexual couples in which both partners remained employed, women still took on a larger share of the childcare and household responsibilities when families stayed at home.

In a study conducted in Spain, we document that since the outbreak of the coronavirus disease the gender gap in the total number of hours worked each week, both paid and unpaid, increased by almost six hours. Women’s hours of paid work decreased, but not by as much as men’s, and they also devoted more time to unpaid work. In this study, we also show that while men slightly increased their participation in domestic work, the burden continued to be disproportionately borne by women regardless of whether they had a job. Similar results have been found in the US, Italy and the UK.

In her pre-Covid AEA Distinguished Lecture, Marianne Bertrand highlighted the importance of social norms in accounting for the persistence of gender inequality in industrialized countries. In short, most of the remaining gaps in labor market outcomes between men and women can be attributed to the presence of children. Moreover, this child penalty seems to have a cultural origin. Society once deemed that women were the main caregivers, and ever since that view has persistently affected women’s job prospects.

The experience of the Covid-19 crisis offers additional evidence of the pervasive effects of these social norms. Women’s increased participation in unpaid work since the outbreak of the pandemic will be very costly for their professional careers if the trend is not reversed. So, it is urgent to adopt measures to erase traditional norms and foster a more equal distribution of paid and unpaid work. Public policy and changes in the organization of work may be useful ways to counterbalance the devastating effects of conservative gender views.

Family policies such as paternity leave can encourage fathers to take on caregiving roles, and provide incentives for counter-stereotypical behaviors. Some studies have shown that introducing “daddy quotas” that reserve some paid parental leave for fathers increase not only men’s participation but also their involvement in childcare in the longer term.

In the current crisis, similar leave policies with separate entitlements for both mothers and fathers could have resulted in a more balanced distribution of the childcare burden. In a survey conducted on a sample of Spanish households in November and December 2020 when schools reopened after the end of the first state of alarm, 28 percent of respondents reported that their children had had to quarantine at home for a Covid-19-related issue. In 50 percent of those cases, mothers stayed home with their children. In the rest, kids stayed with fathers (27 percent), grandparents (13 percent) or other people (11 percent).

Work absences to take care of sick children were also more frequent among women before the pandemic. These absences have adverse effects on the employment prospects of women and justify the prevalence of statistical discrimination. Therefore, in the post pandemic era, it would be desirable to introduce paid leave policies of equal duration for both parents to take care of children during a school closure or when the child cannot participate in regular academic activities. These policies would alleviate society’s unspoken demand that it’s a woman’s job to step in when a child stays home.

The pandemic has also led to important changes in the organization of work. In the spring of 2020, when the incidences of the virus were more severe, employees in many countries were asked to work from home. Since then, telecommuting has become popular. Work schedules have also become more flexible to allow for a balance between work and family. While that flexibility can allow workers to keep their jobs when faced with increased family responsibilities, in the context of traditional gender norms it may reinforce women’s specialization in domestic work. Indeed, the higher presence of women in more flexible and family friendly occupations may have actually magnified the gender gap in unpaid work during the last months.

Workplace flexibility may be a desirable characteristic of employment. However, some measures are needed to foster equal participation by both men and women. Recently, Nick Bloom highlighted the importance of moderating the number of days worked from home to preserve the benefits that come from being on the job. In addition, restricting telecommuting to a few days a week for everyone could prevent women from being pushed into taking on more unpaid work.

Work schedules should also be carefully redesigned to make them compatible with school hours. This will help to avoid the increasing participation of women in part-time work or their leaving work altogether. Finally, affordable and high-quality childcare would allow women to invest more time in their professional lives, while reducing negotiations within the house about who spends more time taking care of the kids.

Policymakers should introduce carefully designed family policies and flexible work arrangements to promote a more egalitarian approach to unpaid work and pave the way for gender equality in the labor market and at home. The pandemic has shown us that without structural changes it's all too easy to head in the wrong direction. 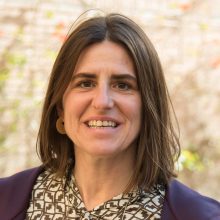 Lídia Farré is Associate Professor of Economics at the Universitat de Barcelona and Research Affiliate at the Institute of Economic Analysis. She holds a Ph.D. in economics from the European University Institute. Her research focuses on labor economics, and more specifically on gender, migration, education, and health. Currently, she investigates the role of public policies to promote gender equality and female leadership. Her research has been published in the Journal of Public Economics, the Journal of Development Economics and Labor Economics, among others. She is the vice-president of the Committee for the Situation of Women in Economics (COSME) and co-editor of the economic blog 5centims. She has been a consultant for the World Bank, the European Commission and the Spanish Government. 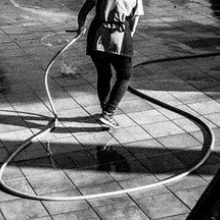