Clearly, policymakers learned from the mistakes made during the Great Recession of 2008 and the painfully slow recovery that followed. Back then they did far too little to inject money into the economy, which caused lasting economic damage and increased inequality. Congress and the Federal Reserve must stay the course this time until the economy is on a sound and equitable footing. Even with this latest rescue package, the battle is far from won. About 8.5 million fewer jobs exist now than before the pandemic, and wealth inequality increased again in 2020.

Last week, the president unveiled the first of a two-part plan, the $2 trillion American Jobs Plan, which invests in infrastructure, manufacturing and green-energy industries, and builds child care facilities. Corporate tax increases will fund it. Members of Congress and policy wonks are already debating the package’s costs and benefits. It is largely popular among Democrats, though it will take time to finalize the details on spending and financing.

Next up is the American Families Plan—details coming later this month—that will likely aim to strengthen the social safety net and increase support of families with children. It’s also expected to cost about $2 trillion.

Getting the nearly $6 trillion lifeline through Congress during the pandemic was easy compared to the likely uphill battle required to pass these two packages. In particular, pairing investments in infrastructure with investments in people could prove a harder sell. While the government has broad voter support for building bridges and roads, expanding the scope and generosity of government benefits is more contentious. But the new plans will have a more lasting effect on economic potential than the first package. Programs to improve access to high-speed internet and provide cash benefits for children are important investments in future productivity.

Even so, they are just a start. The federal government will need to do a whole lot more, including passing more legislation to fight global warming and combat systemic racism, both of which were part of Biden’s campaign pledge. Another $6 trillion in spending this year—no matter how well-designed—will not solve the problems unsolved for generations. New programs can create momentum, though. Recall that the New Deal stretched over many years and many policy efforts. We must have that same unwavering commitment now.

To fight climate change, the federal government will need to include provisions that help people who work in the energy sector and live in energy-producing communities. For instance, workforce development programs must be revitalized and run at the local level, because what works in Texas with oil and gas companies probably won’t work in Kentucky with coal mining. Same for the Dakotas and Pennsylvania with fracking. Building windmills shouldn’t take precedence over the economic security of workers.

Systemic racism is far more complex and deeply woven into the fabric of this country. As a result, breaking down the barriers facing Black families will take more than some legislation and money from Congress. Getting people back to work safely and quickly is one crucial way to help, certainly, but it doesn’t stop there.

Permanent changes must aim to lower the Black unemployment rate. It is unacceptable that it hovers at nearly twice the rate of White workers, no matter the economy. Federal, state and local governments must enforce existing rules for equal employment opportunities, fair lending and affordable housing, which will help to root out the many forms of discrimination. Greater economic security and higher incomes will help narrow the racial wealth gap and contribute to a flourishing economy.

Finally, lawmakers must strengthen the safety net, just as they did in the New Deal. The unemployment insurance system was born from the Great Depression and nearly collapsed during the Covid crisis. Decades of neglect and sometimes willful cuts left it unable to weather this storm. A year in, over 18 million people remain on jobless benefits, over half on programs that Congress created with the CARES Act and extended twice. On-again, off-again support from Congress puts extra pressure on unemployed workers and their families.

The unemployment insurance system must be permanently reformed. This includes expanding eligibility for jobless benefits to the self-employed, gig workers and young adults entering the labor market, and raising replacement rates for lost wages. Additional financial support in recessions should be built in to trigger automatically. Instead of waiting for Congress to pass a relief bill when the situation is already dire, the government should tie aid to economic conditions like the unemployment rate. The extra help can be programmed to stop when the situation gets better. It’s a sensible and feasible approach that needs to be done before the next disaster strikes.

The ideas here are simple: the government ensures that all Americans who want to work earn a living wage; racist practices stop; and we prepare ourselves better for the next crisis. Getting them done, however, is another matter. 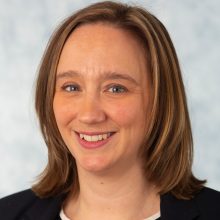 Claudia Sahm is founder of Stay-at-Home Macro (SAHM) Consulting and a Senior Fellow at the Jain Family Institute. She is a regular opinion writer at Bloomberg and The New York Times. She has policy and research expertise on consumer spending, fiscal stimulus, and the financial well-being of households. She is the author of the "Sahm Rule," a reliable early signal of recessions that she developed as a way to automatically trigger stimulus payments to individuals in a recession. Previously, she was a section chief in the Division of Consumer and Community Affairs at the Federal Reserve Board, where she oversaw the Survey of Household Economics and Decisionmaking. Before that she worked for ten years in the Division of Research and Statistics on the staff’s macroeconomic forecast. She was a senior economist at the Council of Economic Advisers in 2015-2016. Sahm holds a PhD in Economics from the University of Michigan (2007), and a bachelor’s degree in economics, political science, and German from Denison University (1998). 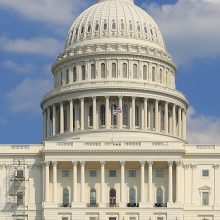