The economic fallout from the coronavirus pandemic was unprecedented in its speed and synchronized nature and, more than a year after the outbreak, the world still faces uncharted territory. But one thing is clear: The pandemic has dramatically exposed and deepened entrenched inequalities both within and between countries.

No country was prepared to deal with a crisis of this magnitude, but the so-called middle-income countries, which contain three-quarters of the global population, have had a particularly hard time. Excluding China, this varied group of around 100 economies (ranging from Grenada to India) experienced a record fall of 4.6 percent of GDP in 2020. Informal workers, women and young people were disproportionally hit, and eight out of 10 people pushed into extreme poverty during the pandemic lived in middle-income countries. Latin American and Caribbean countries in this group saw their GDP plummet by 6.8 percent.

Despite mounting needs, middle-income countries’ rising debt burdens and shrinking budgets prevented them from employing the strong fiscal responses the developed countries did. While advanced economies mobilized an average 24 percent of their GDP to combat the crisis, middle-income economies spent only six percent and low-income countries, a meager two percent. The recovery is likely to be grossly uneven as well: “Recoveries are diverging dangerously across and within countries,” warned the International Monetary Fund last April.

International cooperation has been limited for middle-income countries. Though they are home to 62 percent of the world’s poor, they are frequently considered “too rich” to receive robust international support. Yet they do not have enough resources to fight the pandemic and finance an inclusive and resilient recovery. In addition, the current international financial rules limit their policy space and makes it harder for them to recover the sustainability of their debts through fair and timely sovereign debt restructurings.

This is just not right. Many middle-income countries are confronting new waves of the virus, struggling to get enough vaccines and facing unsustainable debt burdens. This is precisely the time to scale up support to them. These countries can be a source of regional, and even global, stability, or lack thereof. Debt distress and potential defaults can resonate across borders and affect the whole international financial system.

Forging a truly sustainable global recovery relies significantly on the evolution of middle-income countries. This will require a combination of short-term actions and a deep reform of the international financial architecture to make it more developmental and inclusive.

The following four policy actions are a good start:

Without extraordinary actions, the recovery will only deepen the unbearable inequalities that exist within countries and between them. We must redesign the international financial architecture to fully address the not-so-invisible challenges faced by middle-income countries. It's more urgent now than ever. 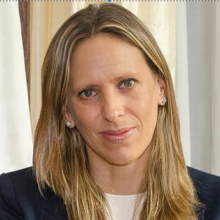 Cecilia Nahón is an Alternate Executive Director at the World Bank Group representing the constituency of Argentina, Bolivia, Chile, Paraguay, Perú and Uruguay. She also serves as a member of the Subcommittee of the Committee on Development Effectiveness and is the Co-Chair of the Executive Board Working Group on Gender Diversity.

Nahón is a seasoned economist specializing in international affairs and development, with more than 20 years of experience in public policy, diplomacy, and academia.

She served as Sherpa of Argentina at the G20 (2012-2015), and as Ambassador of Argentina to the United States (2013-2015); Secretary of International Economic Relations, and Undersecretary of Investment Development at the Argentina Ministry of Foreign Affairs and Worship (2011-2012); and Head of the Strategy Department at the Argentine National Agency for Investment Development (2008-2010).

Nahón has published numerous academic articles and opinion pieces in Argentina and abroad and has extensive experience teaching undergraduate and graduate-level courses. She holds a Ph.D. in Social Sciences from Latin American School of Social Sciences (FLACSO), M.Sc. in Development Studies from the London School of Economics (LSE), and a B.A. in Economics from the University of Buenos Aires (UBA). 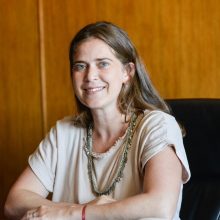 Maia Colodenco
Head of the International Affairs Unit
Ministry of the Economy, Argentina

Maia Colodenco is an economist from the University of Buenos Aires with a Master’s Degree in International Studies from Torcuato Di Tella University. During her career, Colodenco gained a high level of expertise in international forums and multilateral development organizations. She also represented the Argentine Republic in the G20 with different roles and responsibilities.

Colodenco worked as consultant for the Inter-American Bank and as Senior Advisor to the Executive Director for Argentina at the World Bank, based in Washington D.C. 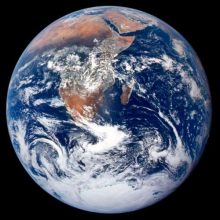