A historian looking back on globalization - surely a pivotal phase in human history - could reasonably understand it as the consequences of a series of major decisions made by powerful players. A decision to aid war-torn countries, to launch a regional initiative or to open a large economy has profound implications for the entire world.

But the great British scholar Susan Strange, a founder of the field of international political economy, contended that key “non-decisions” are as consequential, if not more so, than decisions.

As the world recovers from the Covid-19 pandemic we should heed Strange’s insight: What we don’t do could haunt us for generations.

Analyzing the foundations of global economic architecture after World War II – the Bretton Woods system – Strange observed that the end of this structure in 1973 had less to do with conscious moves by elected officials, particularly in the United States, than with a gradual passive delegation of power to influential private institutions.

Bretton Woods helped shepherd Western capitalism into a golden era. But when in 1973 Europe and the U.S. abandoned the system of fixed exchange rates and national controls over capital, it was less a sudden rupture than the capitulation to pressures that had been building for years. By default, they opened the global financial casino that would cause so much hurt in coming years to advanced and developing countries, which succumbed to currency attacks, financial crashes and economic crises.

If we apply Strange’s lesson to today, our most pressing challenge is to avoid reverting to pre-pandemic expectations of what economic policy can deliver. We must choose to do better. The new annual report of the UN Conference on Trade and Development leaves little doubt that the post-pandemic crisis may become as much of a threat to international stability as the pandemic itself.

The pandemic pushed governments around the world to make some truly radical decisions as the state became the risk-taker of last resort. For a short time, economic and financial security became a declared policy goal – albeit unevenly around the globe. The chief economist of Goldman Sachs, Jan Hatzius, cited the rise in U.S. household income even while economic output plunged at the fastest pace on record as “the most amazing statistic of this entire period.” It was a glimpse at what was, and is, possible.

Yet the projected growth of 5.3 percent this year will slow to 3.6 percent in 2022, according to UNCTAD. Global output will only reach its 2016-2019 level by 2030. Crucially, the pre-pandemic trend was itself profoundly unsatisfactory. Average annual global growth in the decade after the 2008 financial crisis was the slowest since 1945. So this prospect should worry us all.

In the developing world, the damage from the pandemic has exceeded the damage caused by the 2008 crisis; many countries face a lost decade due to debt burdens, environmental challenges and public health measures.

Creating a new multilateralism for a shared prosperity will be a much trickier task today than it was in 1945. The world economy is now vastly larger, more complex and interdependent. Geopolitically, the balance of power has moved away from the West, and the neoliberal economic thinking that guided that region's policymakers for the past 40 years stands discredited. We need a more inclusive system of governance, but also a set of new ideas that would be appropriate for the developmental, environmental and political-economic realities of the 21st century.

The next step to a longer-term, systemic resilience is to extend and adapt the pandemic-driven decisions on a multilateral level for challenges both financial (raising capital, managing debt burdens) and developmental (attracting investment into productive, green industries, pursuing sustainable growth trajectories). And as we work toward this, let us remember Strange’s well-founded insight: We do not have to surrender our goals to markets. “Markets exist under the authority and by permission of the state and are conducted on whatever terms the state may choose to dictate, or allow,” she wrote.

We will have lost the moment if we define post-pandemic prosperity as the return to pre-pandemic habits; it is entirely possible that political inertia and resistance by entrenched interests leads to a non-decision to do better. In the short term, signs of positive decisions are promising, including fiscal stimulus in the U.S., minimum corporate tax rates and the proposed increase of resources at the International Monetary Fund to assist developing countries.

But this radicalism as the economy recovers may be short-lived if non-decisions by the leaders at all levels deny the global system a chance for the long-overdue reform. The European reluctance to waive intellectual property rights to promote the global vaccination campaign stands out as a non-decision that will have deadly consequences. Greater assistance to developing countries to adjust to climate change, an issue not currently on the world’s agenda, remains essential. Debt relief, and, where necessary, debt cancellation, are crucial to avoid a lost decade for many developing countries; a global structural fund dedicated to climate change is necessary to help build resilient systems in the developing countries (and so make the global system more resilient); reform of financial regulation is essential to help developing countries access the necessary long-term capital for climate-conscious development.

If we recall the road not taken when the world abandoned the Bretton Woods system in 1973, we see possibilities that we don’t usually consider.

American regulators did not react when big banks started to undermine the system in the 1960s. Before the rupture occurred, world leaders discussed, but did not act on, measures that would have increased the banking system’s flexibility but maintained the currency regime. After 1972, the leaders discussed, but did not act on, proposals to increase World Bank and IMF resources to manage the dislocations they’d created: uneven access to capital and loss of policy autonomy.

Today, we cannot mimic Bretton Woods itself. Yet the key principles of the welfare state and the primacy of state strategy over the trajectory of economic development had been fundamental to economic security and growth enjoyed by the generation now in retirement. Susan Strange died in 1998, but we can honor her legacy by making sound, humane decisions based on the insights she left us. 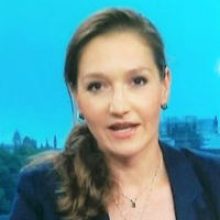 Prior to this position she was professor of international political economy at City, University of London.

Nesvetailova's main research focuses on the political economy of finance. She has published widely on issues of financial instability and regulation, including three monographs (Fragile Finance: Debt, Speculation and Crisis in the Age of Global Credit , 2007; Financial Alchemy in Crisis: The End of Liquidity Illusion, 2010; and Sabotage: The Business of Finance, 2020, with Ronen Palan), as well as numerous academic and policy articles on finance, crises, and financial governance. 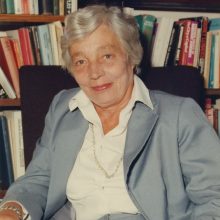