The views expressed are the author's alone and do not represent the views of the World Bank Group or any of its member governments.

Paraphrasing Machiavelli, Winston Churchill and other leaders have advised to not let a good crisis go to waste.

Indeed, the Covid-19 pandemic has prompted a surge of economic and cross-disciplinary studies, policy prescriptions and writings that imagine a better “post-Covid” world.

Primarily a health and jobs crisis, the pandemic has cast a spotlight on the importance of global and national governance in preventing and managing crises. It has focused minds on the connections between matters of public health, social inequity, climate change, politics and economics.

But there is one area ripe for attention that appears likely to be missed: economic policy reforms to promote a more expansive trajectory of job creation beyond the pandemic.

Given the multi-faceted, repercussive nature of the crisis, policy responses worldwide have understandably concentrated on mitigating death rates and income losses. With the exception of a few important policies like increased investment in digital technology or green energy, or rethinking social protection systems, there is little sign so far that policymakers have contemplated any trickier economic reforms that may also be necessary. Of course, for many economies, higher levels of targeted spending on public goods and services is a necessary component of any recovery strategy. But where countries struggled before the pandemic to deliver vigorous job growth, the policy and institutional issues at the core of this problem — whether a lack of some key infrastructure, weak rule of law or lack of skilled workers, for example — will likely remain when the crisis has passed. If left unaddressed, these problems could impede a country’s ability to achieve a strong and sustained recovery.

Though the pandemic still rages, it is not too early to begin to lay the groundwork for reform. What steps can countries take now?

First, they can launch a comprehensive effort to gain a clear, evidence-based understanding of the policy and institutional issues that most severely hindered better economic and jobs outcomes before the pandemic. Then, they can set a reform course that includes deliberately packaged and sequenced investments, reform measures and supportive social programs to blunt downside risks and maintain political support.

Diagnostics to identify the greatest obstacles to desired economic outcomes are not especially new. Originally proposed in 2005 by economists at the Growth Lab at Harvard University, some foreign assistance agencies including the U.S. Millennium Challenge Corporation and the Asian Development Bank have embraced this kind of analysis for their growth-oriented programs. This analysis has prompted greater focus, for example, on improving the power sector in several Sub-Saharan African countries and environmental services in Kosovo.

Yet the diagnostic style of thinking about data has not caught on in the research community, in part because the wide-ranging question posed cannot be answered through advanced research methods, designed typically to study the effects of one or two factors. In contrast, approaching the question of what most hinders a particular outcome involves a search for multiple clues in a variety of data sources and the sequential positing and testing of hypotheses. This general approach is the only viable way to isolate policies and institutional factors that are most constraining among a multitude of plausible causes.

The key constraints are specific to each country, and for outcomes related to inclusive growth (including jobs), they can range from problems like inadequate education and training systems to exchange rate misalignment or underdeveloped financial sectors. They can include inefficient port or transport services, weak contract enforcement, inadequate land right systems or high trade barriers. They can be causes that may not match analysts’ policy or ideological dispositions; for some, this means issues such as high taxation or overly rigid labor market regulation, which, if mis-calibrated, can block progress after the pandemic as well. Indeed, recent studies suggest that seemingly progressive policies may actually increase inequality in some contexts.

Viewing data patterns as clues means asking, for example, why we see low-skilled jobs disappear and what policy changes preceded this outcome. If there was a large minimum wage hike in a country where market wages were much lower and formal jobs few, policymakers who care about low-skilled jobs rebounding should consider relaxing the minimum wage, even if only temporarily. Whereas in other countries where the minimum wage is low relative to average incomes and businesses experience increasing demand, raising the minimum wage could help workers without costing jobs.

Other possible signals of what impedes better jobs might be a relatively high proportion of temporary work for regular or permanent tasks – an inverse correlation between economic activity and tighter regulation – and unusually informal labor arrangements – as the post-revolutionary government of Tunisia and development partners found after the revolution. These are signs that some fine-tuning of these regulations could buttress a jobs expansion and reduce high structural unemployment. Worldwide, although more stringent labor market regulations protected jobs during the downturn, an economic rebound may be a good time to relax those regulations in countries where they have thwarted better job creation. But elsewhere, it will be other policy spheres where reform should be prioritized. For example, if we see few firms starting up in sectors that face unnecessarily stringent regulation, high market concentration or higher effective tax rates, addressing those problems would be the best way to spur job creation.

Effective jobs policies require a careful balance between the incentives and opportunities of private firms as job creators and larger social aims; between protecting workers and employers’ investments in their capacities on the one hand and fostering flexible labor markets that create better options for job seekers on the other. It is time to begin studying the issues and diagnosing country-specific constraints. The right moment may come soon for countries to adjust their policies, either temporarily or as part of a glide path to a more advantageous strategy for a post-pandemic world. 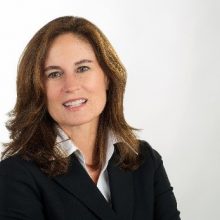 Theresa Osborne is Senior Labor Economist at the World Bank. Until 2019 she served as Deputy Chief Economist and Managing Director for Economic Analysis at the Millennium Challenge Corporation (mcc.gov), where she led teams in the use of economic analysis for policy and program design. She has also been Lead Economist at the MCC, Research Fellow at the European University Institute, and Assistant Professor Economics at Hunter College. She has published in journals such as the Review of Economic Studies and the Journal of Development Economics and authored working papers and diagnostic reports on issues ranging from competition in infrastructure services to the dynamics of poverty in Sub Saharan Africa. Osborne holds a Ph.D. in Economics from Princeton University and degrees from the Johns Hopkins University and the University of Wisconsin-Madison.