Violence against women has risen sharply in Nepal during the pandemic.

Calls to a national helpline for battered women doubled during the lockdown months of April through June 2020 compared to a previous three-month period, and, by one estimate, gender-based violence increased by more than 2 percent in the first wave of the pandemic.

The increase in physical, psychological and sexual abuse, often by husbands or in-laws, may be partly explained by rising economic insecurity. The International Labor Organization estimates that more than 30 percent of men and 24 percent of women will face job losses or wage reductions because of the pandemic. Men, frustrated by unemployment and the inability to provide for their families, may have turned to substance abuse and violence. Additionally, with families locked down together, women were likely to have to cook more meals and spend more time taking care of their families. Any failure to meet these responsibilities may have triggered conflict and violence.

Restrictions on movement during Covid-19 also contributed to increased abuse because women often weren't able to see friends and family or visit counseling services for domestic abuse victims. This made it nearly impossible to ask for help. Reports show an increase in suicides among women and, unsurprisingly, a decline in women’s mental and psychological well-being during the lockdown.

Before the pandemic, Nepal had been making strides in gender equity – the president is a woman, as was a chief justice of the Supreme Court and a speaker of the Parliament. But even though women are increasingly entering politics, going to school and receiving medical care, inequalities persist because of stubbornly entrenched patriarchal social norms. Women have limited access to economic and social opportunities, and forty percent can’t read. More than one-third of women are reported to have experienced some form of physical, sexual or emotional abuse during their lives, one-quarter of those from their husbands.

The government has tried to address these problems by passing a budget that incorporates specific measures to ensure a balanced allocation of public resources. Government reports show that nearly 40 percent of the national budget in the last fiscal year was allocated for initiatives that benefit women. However, progress in real terms has been weak, and vast inequalities remain due to inadequate implementation and monitoring.

There are a number of short-term solutions the Nepali government can take to alleviate violence against women, in all its forms.

One is to strengthen and expand existing institutions by boosting the funding. Organizations like Women Rehabilitation Center, Women for Human Rights and UN Women that work with local institutions to provide counseling and mental health services could expand and enhance their programs. They could also mobilize women’s groups at the local level to check in on women and children who are at a higher risk of violence.

Additionally, it would be beneficial to institute digital training programs that teach women how to use cell phones to report violence or to use online health services.

The quarantining facilities that house returning migrants and those infected with Covid-19 are also in need of reform. In Nepal, some quarantine centers set up by the government are unsafe, with reports of rape and other forms of violence in overcrowded or mismanaged buildings. Simple solutions such as creating separate toilets for women and safe rooms for breastfeeding might help reduce abuse.

As Nepal moves towards recovering from the pandemic, women’s organizations must be included in government planning and policy. Additionally, data collected for research and policymaking should be separated out by gender to ensure that women’s needs are factored into the economic policies of the recovery.

In the long term, lawmakers need to institute a much more extensive agenda to end violence against women. This includes creating equal access to education, employment and social opportunities. This means improving the quality of public education and discouraging discriminatory practices such as spending less on girls’ education, requiring women to contribute more to household work and restricting them from working in jobs assumed to be more suitable for men.

It also includes instituting paid leave, unemployment insurance and direct cash and in-kind benefits to the most vulnerable groups, and providing public childcare services, which would reduce domestic responsibilities for women. The government must come down hard against child-marriage and dowry and make violence against women illegal. In addition, the Nepali government must support a broader change in perceptions of gender roles by raising awareness through information campaigns and classroom discussion.

Nepal has received financial support for Covid-19 relief from the International Monetary Fund, the World Bank and other bilateral donors. A portion of those funds must be allocated to support gender-inclusive policies. Making sure these funds are used effectively and transparently is equally critical. Past experience shows the Nepali government has mismanaged aid because of corruption and weak institutional structures.

Recovering from the pandemic provides a chance for Nepal to create a stronger, more just and sustainable socioeconomic system. It is not enough to address the epidemiological impacts of the pandemic; gender inequality and violence must also receive sufficient attention.

A nation in which half the population fears for its safety is not healthy nation by any reasonable measure. 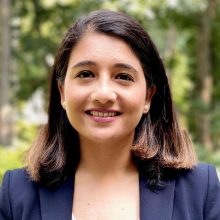 Dr. Pratistha Joshi Rajkarnikar is the Associate Director of the Economics in Context Initiative at the Boston University Global Development Policy Center, where she works on developing educational materials including introductory economics textbooks and teaching modules. She is also a lecturer at the Frederick S. Pardee School of Global Studies at Boston University and teaches economics in a visiting position at the Sustainable International Development Master’s program at Brandeis University.