What Should America Do For a Fair Economic Recovery? Sadie T.M. Alexander Had So...

What Should America Do For a Fair Economic Recovery? Sadie T.M. Alexander Had Some Thoughts

The post-pandemic economic recovery must be grounded in racial justice and a reckoning with systemic racism. Otherwise, our economy will continue to reproduce the racial inequities that the pandemic-led recession exacerbated through job loss, deaths and home evictions.

Even before the pandemic, racism cost the United States economy $16 trillion over the last 20 years in money that could have sustained families and communities, helped businesses and created additional jobs. From that vantage point, racial justice is crucial not only for a healthy society but also for a healthy economy. The primary costs of anti-Black racial inequities, however, are borne by African Americans. The cost to African Americans for anti-Black discrimination since slavery began is estimated to be $70 trillion dollars. Sadie T.M. Alexander called attention to our government's role in implementing racially discriminatory policies against African American workers and she believed that government had a responsibility to correct these policies and their effects.

Sadie Alexander earned her PhD in economics from the University of Pennsylvania in 1921, making her the first African American economist, and she spent a lifetime challenging racism against African Americans. Her own experiences with discrimination prevented her from having a career in economics. Instead, she became a lawyer and used her legal and economic training to challenge racial inequities. During the 1930s, Sadie Alexander and her husband Raymond Pace Alexander - Philadelphia's leading civil rights litigator - used their law firm to draft legislation against discrimination in accommodations based on race or color and they conducted audit studies to test for, and bring action against, discrimination in accommodations. Because Sadie Alexander wasn't an academic economist who could publish in economic journals, she made her views known through public speeches.

Alexander's addresses left a record of her economic thought and an economic history of African Americans. Her words gave voice to the Black communities' hopes and fears and frustrations about their economic condition throughout the twentieth century: their 1920s hope for the opportunity to participate equally in the growing industrial economy; their 1930s struggle to survive during the Great Depression; their 1940s demand for the right to work in the post-World War II period; and their bitterness by the 1960s as the walls of the urban ghetto closed in on them.

Alexander's experiences as a descendant of people who were enslaved in the U.S. was fundamental to her intellectual thought. She ushered in a distinctively Black American approach to economics and she proposed policy recommendations for the benefit of Black Americans in order to address the effects of racially discriminatory practices. Her observations of the New Deal, for example, made her a proponent of race-conscious policies that would explicitly address racial disparities.

She had viewed the New Deal as an opportunity for the federal government to enact policies that would improve economic conditions for African Americans, particularly since the Great Depression was especially severe for them. Indeed, many of the protections and benefits that workers have today were enacted into law during the New Deal. Yet by the mid-1930s, Alexander realized that New Deal policies did not provide labor-market protections for the majority of African Americans. The policies excluded domestic service and agriculture - the main sectors in which African Americans worked - from various labor protections, including minimum wages, overtime pay and collective bargaining rights. This left Black workers especially vulnerable to workplace exploitation.

Alexander believed that unemployment was the primary economic problem the nation faced. During World War II, she witnessed government's ability to achieve full employment by using direct job creation through Public Works programs. Alexander viewed full employment as the solution to the overall problem of unemployment and as means for countering persistent discrimination against Black workers in decisions over hiring, promotion and firing. Industrial employers rarely hired Black workers and when they did, they relegated them to dangerous, low-paid jobs that lacked mobility. Given the failure of the market to generate enough jobs, Alexander believed that government should provide jobs to all people who were willing and able to work as a right of citizenship. Full employment policies, she believed, would alleviate the problems of marginal work, income inequality and inadequate wages.

The legacy of Black workers' employment in jobs lacking worker protections has continued to today, since they are overrepresented in low-paying occupations without employer-provided retirement plans, health insurance, paid sick and maternity leave, and paid vacations. Prior to the pandemic, nearly 40 percent of Black workers lacked paid sick leave and only 43 percent had employer-sponsored pension plans (compared to 50 percent of white workers).

Recessions worsen racial inequities. Black men have always been hardest hit with job losses and longer durations of unemployment. In the pandemic-led recession - dubbed the "she-cession" for the disproportionate impact on women - Black women have suffered the greatest job losses among women, although Black men have the highest overall unemployment rates. Because African American women are more likely than white women to be breadwinners in their families, income loss for Black women is particularly devastating for Black families. During the pandemic recession, racial disparities in income and wealth had racial effects in hunger, home evictions and health.

Alexander called for race-conscious, compensatory policies in education, housing and employment to address historical wrongs against the African American community. Reparations for the descendants of people who were enslaved in the U.S. is a necessary policy to achieve restitution and close the racial wealth gap, which captures the cumulative effects of racial disparities for African Americans. William Darity and Kirsten Mullen estimate that, currently, it would take a federal reparations outlay of over $10 trillion to close that gap. Additionally, to address a fundamental structural problem with our economy, a federal job guarantee program - advocated by Alexander - would ensure that all workers have access to jobs that pay living wages and would insulate them against involuntary unemployment due to the vagaries of the market. 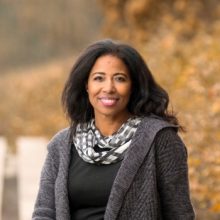 Nina Banks is Associate Professor of Economics at Bucknell University. Her book, Democracy, Race, and Justice: The Speeches and Writings of Sadie T.M. Alexander (Yale University Press) will be out in June. She is also working on a biography of Sadie Alexander.

Banks is responsible for discovering that Sadie Alexander continued to practice economics in the public realm in addition to her career as a lawyer. Banks has recovered Alexander's economic thought and writes widely on it so Alexander can take her rightful place in economic history.

Banks is the president of the National Economic Association (NEA) and serves on the Board of Directors of the Economic Policy Institute (EPI) and Editorial Board of The Review of Black Political Economy. She received her doctorate in economics from the University of Massachusetts Amherst. 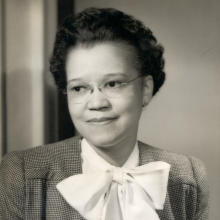