Globalization isn’t working, at least not the way it’s structured now, and the pandemic has only exacerbated inequalities between countries. Most advanced economies and some of the larger emerging markets have managed to finance a strong Covid-19 response, put large stimulus measures in place and use their own central banks to boost their liquidity. But in the current global financial system, this privilege is limited to countries that issue reserve currencies or that have the backing of issuer countries like the United States Federal Reserve, which provides dollar liquidity to some central banks. What about the rest? What are those countries supposed to do?

The International Monetary Fund, whose mission is to provide a global financial safety net, has a very good solution: Special Drawing Rights. SDR’s are an international reserve asset that the IMF can deploy immediately to help floundering member countries fight the pandemic and put their economies back on track. Everyone supports the move, from the managing director of the IMF, to leaders of European and African countries and well-known economists. The problem is that a handful of member countries have sufficient voting power to stop it, and last year the U.S. did just that. Because a new issuance requires 85 percent of votes, and the U.S holds just over 16 percent of the vote share, nothing happens until America says it does.

According to U.S. legislation, the Treasury Department can support an SDR issuance of about 485 billion (roughly $688 billion) without congressional approval. However, Democrats have already passed legislation allowing the Treasury to demand an issuance of 2 trillion SDRs in the House of Representatives and introduced legislation in the Senate that was previously blocked by Republicans. GOP opposition to the move shows not only an aversion to multilateralism but also an apparent lack of understanding about this mechanism. They claim, incorrectly, that American taxpayers will foot the bill. In reality, an SDR issuance doesn't cost the U.S. anything. With Democratic control of both chambers, legislation in support of 2 trillion SDRs can become a reality. The decision to support this new round is now in the hands of U.S. Treasury Secretary Janet Yellen, who recently gave a nod to this idea.

Yellen has previously raised some concerns about a new issuance on the grounds that a large share of the allocation would go to wealthy countries. The funds are divided among IMF member countries according to their quotas, so only about 40 percent of a new issuance would directly and immediately reach developing and emerging economies. While this distribution mechanism reflects the wider inequities in the global financial system, it should not be a reason to oppose this issuance, given this is the only option available for an immediate and debt-free global liquidity boost.

As we learned in 2009, when SDRs were issued in response to the global financial crisis, wealthy countries mostly left their portions unused at the IMF. This had no negative side-effects and no inflationary pressures, and for countries in need the money provided a lifeline. Furthermore, the IMF allows wealthy countries to donate their SDRs to trust funds such as the Catastrophe Containment and Relief Trust, which supports debt relief for developing countries.

Wealthy countries are already issuers or have ample access to “hard” currencies, such as U.S. dollars, needed to pay for imports and transactions in global financial markets. On the other hand, developing countries usually need to acquire these currencies through exports, or by attracting foreign investments into their countries. Without enough foreign reserves to cover their external obligations, developing countries face significant pressures on their own domestic currencies, and are at risk of balance-of-payments crises that, coupled with the damage from the pandemic, could crush their economies for years to come.

Even without using SDRs, having them available to exchange for a hard currency if they need to provides a buffer for developing countries and increases confidence in their ability to meet future obligations. Confidence matters too, since sudden large outflows of capital caused by the fear or uncertainty over the future state of the economy can itself become the trigger for a collapse.

Despite suffering comparable and even higher losses in terms of employment income, developing countries have only been able to provide a fraction of stimulus and support. Two trillion SDRs, which is almost $2.9 trillion, might sound like a huge amount but wealthy countries have already spent well over $10 trillion on Covid-related measures. An issuance of 2 trillion SDRs immediately provides developing countries with almost $1.1 trillion, and the more modest 475 billion option with close to $260 billion. To put this into perspective, despite mobilizing at record speed in 2020, the IMF has disbursed about $50 billion the entire year, in the form of loans.

The situation is dire. The UN estimates that 300 million people have lost their jobs globally and over 100 million will be pushed into extreme poverty, all while the virus continues to spread and its death toll increases. An SDR issuance can stave off a debt crisis as well as ensure countries are able to afford items of vital importance such as personal protective equipment, vaccines, medicine, and food. Supporting an SDR issuance costs nothing for wealthy countries. Denying developing countries much-needed support costs too much. 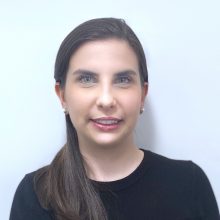 Lara Merling is a senior policy advisor at the Boston University Global Development Policy Center and the Task Force on Climate, Development and the International Monetary Fund, working to advance a development-centered and inclusive policy framework at international financial institutions. 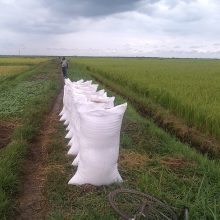