There's no doubt that the ongoing Covid vaccination campaign represents a pillar of future economic recovery, despite uncertainties about supply bottlenecks and worse-than-hoped-for vaccine performance.

However, the world needs to understand that the current Covid immunization drive is just the beginning. Even when vaccines become widely available globally, SARS-CoV-2 will not be eradicated because it will remain active in animals. And given the virus’s speed of diffusion in an interconnected world, elimination would be a very fragile achievement. Unless there’s a scientific breakthrough, even herd immunity seems out of reach. All this means that Covid shots are here to stay.

So how should policymakers and health professionals organize future, routine vaccination campaigns? Who should get the first shots?

To answer these questions, let’s look at who’s getting them first now, and where.

In the United States, a debate arose in the media and the research community about how to carry out large-scale immunization after inoculating health care workers and nursing home residents. Despite acknowledging the disproportionate impact of the pandemic on minorities, policymakers ruled out prioritizing anyone based on race and ethnicity for legal and ethical reasons, since the high risks borne by minorities are not biological or genetic but socioeconomic. Eventually, the Centers for Disease Control and Prevention expert panel released guidelines that started with older people, followed by frontline essential workers and people with underlying health conditions. While panel members settled on a racially neutral approach, they argued that by including frontline workers among the first groups the country could still reach the goal to mitigate health inequities, because minorities are overrepresented in these jobs.

In practice, few states followed CDC guidelines closely, and they adopted a variety of schemes, sometimes based on race. Eligibility criteria for frontline workers have in fact been the most diverse, possibly because of local political pressures. Preliminary evaluations suggest that income correlates with the likelihood of having been vaccinated among equally prioritized groups, and CDC data show that the vaccination rate for Black people is lagging behind, which may be partially due to African-Americans having a lower life expectancy but remains at odds with their higher representation among essential workers.

With dismal results so far, Europe has largely followed similar guidelines –- which are also consistent with WHO recommendations –- despite large variation in their practical implementation across and even within countries. The UK and Israel stand out because of the success of their approaches. Both countries followed a simple age-based program, which they believed to be the fastest way to cut fatalities in the face of the complexity of alternative prioritization plans based on jobs and other considerations.

What are the lessons from these sorts of natural experiments? The first is that simple rules based on age have been the most effective, which justifies adopting them in the initial, critical months of an outbreak. The second is that a lower socioeconomic status, which is highly correlated with race and ethnicity, means it's more difficult to get a vaccine. Targeting essential workers, whenever done, proved ineffective, which dismisses the hypothesis that minorities can get vaccinated quickly because they represent a large percentage of this group. In fact, model simulations for California highlight the benefit of targeting multiple risk factors including socioeconomic status, which largely absorbs racial and occupational considerations. Any future vaccination campaigns should take this into account.

To produce evidence capable of guiding effective policy responses, we need more granular data linking Covid outcomes with demographic and socioeconomic characteristics. It is thanks to an extraordinarily detailed source of individual-level, race-disaggregated, and geo-referenced data on Cook County, Ill., provided by the medical examiner’s office, that my co-author and I exposed higher Covid mortality among Black women during the first weeks of the pandemic. We did this by showing that Black women who worked in the healthcare and transportation sectors and commuted to work on public transportation from historically redlined blocks were the first and hardest hit by the pandemic, likely because they could not stay home if they wanted to keep their jobs. To quantify, in the critical week of April 8, 2020, the Black-White differential in excess deaths –- relative to the same week in 2019 –- was 3 percentage points and was entirely driven by Black women. In other words, while Black men were affected as much as White men, Black women were more affected than White women, and this happened because of their work patterns. Cook County includes Chicago, and is the second most-populated county in America after Los Angeles, so our findings carry nationwide relevance.

It is clear that not only should socioeconomically vulnerable groups be ranked high up in future prioritizations, but vaccination campaigns should be conducted in such a way as to actually reach them. Vaccine drives could be organized at workplaces, in poor and crowded neighborhoods, and at other public places like houses of worship and motor vehicle bureaus (much the same approach as voter registration campaigns).

Survey evidence from 13 countries reveals that the public would be in favor of prioritizing low-income groups. Only a long-term prioritization strategy accounting for socioeconomic status would be capable of sustaining a strong and fair economic recovery in the years to come. 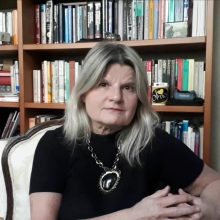 Graziella Bertocchi is Professor of Economics at the University of Modena and Reggio Emilia and President of the Einaudi Institute for Economics and Finance. She earned a PhD from the University of Pennsylvania and held positions at Brown University, Royal Holloway-University of London, Université Catholique de Louvain, European University Institute, and IGIER-Bocconi. She is a Fellow of the Centre for Economic Policy Research and IZA. Her research interests include macroeconomics, political economy, comparative development, and the economics of growth, culture, and institutions. 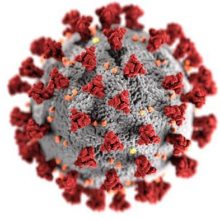