When Violence Goes Up the Income Gap Widens. Something Needs to Be Done

When Violence Goes Up the Income Gap Widens. Something Needs to Be Done

Global murder rates have declined steadily over the last two decades but they still account for more than 2 percent of global deaths, or roughly 1.3 million people each year. But while most murder victims are men, women are disproportionally abused sexually and psychologically, violence that leaves its own profound scars on families and societies.

And during armed conflicts, gender-based violence can easily increase.

The shock of being exposed to higher levels of violence and the daily sense of insecurity that accompanies it affect men and women differently, both in terms of mental health and income. This difference leads to an unexpected result: Terror and the fear of victimization appear to widen the gender income gap.

It is critical, then, to understand exactly how this relationship between violence and income works in order to put government policies in place to stop it.

But researchers face two fundamental hurdles when they study the effects of violence: it doesn’t occur in a random way, and in most instances there is a lack of precise and rich data. However, the surge of drug-related homicides in Mexico during the rapid and unexpected rise in violent crime that began in 2007 offers a chance to study the fallout. From 2008 to 2010, homicide rates more than tripled, and the high-quality data collected in Mexico before and during this period provide a window into this often opaque area.

Researchers have concluded that the spike in violence was a byproduct of President Felipe Calderón’s military strategy in late 2006 to take on the drug cartels as part of the War on Drugs. Calderón's plan to target leaders of organized crime destabilized the equilibrium in which these groups operated with little interference and relatively low levels of violence. But by removing cartel leadership, the groups fragmented and the number of cartels grew from six to 16 in only a couple of years. With an increase in the number of cartels fighting for regional dominance, the dynamics of violence rapidly changed.

Drug trafficking still accounted for most of the income, but gangs also began to rely on crimes that had a more direct effect on civilians, such as extortions, kidnappings and theft. Moreover, the visibility of homicides and the use of “narcomessages,” like leaving dead bodies with threatening messages on them in plain view, became a popular method to spread fear and signal control. These crimes, along with the discovery of mass graves and a growing distrust in government institutions, stoked fear in the civilian population.

My research shows that these increased feelings of insecurity have been detrimental to labor outcomes, and self-employed workers – who account for one quarter of the workforce in Mexico – have experienced the most dramatic effects. However, even though both self-employed men and self-employed women reported increased levels of fear, they did not react to danger in the same way. Self-employed men continued to work but their earnings significantly decreased, likely because of less consumer demand. Self-employed women, on the other hand, cut down on their work hours or stopped working entirely, possibly because they were afraid to leave their homes.

These results suggest that the two different effects of violence on labor outcomes are explained by the economic role of women in most Mexican households. Since, in most cases, they are not the main breadwinners, the economic losses of leaving their jobs are not as high as for men. But there are consequences. Women who leave the labor force end up filling their previously paid work hours with unpaid domestic work. In an already unequal society, any shock that disproportionately affects women also needs to be recognized as a contributor to a widening gender gap.

Additional evidence suggests women’s wellbeing has been affected in other ways, some of which may have long-lasting consequences. With women’s own income reduced, so is their household bargaining power, which in turn has been shown to reduce the amount they spend on food and other necessities.

Women also suffered higher rates of depression during the rise in violence in Mexico, and pregnant women whose mental health deteriorated gave birth to significantly lower birthweight babies. This has important implications for the wellbeing of these newborns, given that low birthweight has been associated with cognitive and neurological impairment that may affect an adult’s earnings and productivity.

Clearly, the government should put policies in place to counteract the harm done by drug violence. One solution that has been empirically tested in other countries is to encourage crime reporting against the most vulnerable members of the population (women in particular), and be more responsive to these types of crimes. This is particularly important in Mexico, where impunity and the lack of trust in the police and institutions have worsened the situation.

One way to do this is to create police stations staffed exclusively by female officers specialized in gender-based crimes. Implementation of these police stations in India shows that reporting of crimes against women increased, which led to an increase in arrest rates and women’s labor supply. In the Mexican case, guaranteeing security for women and self-employed workers is a necessary first step.

In addition, Mexico needs to directly address the impact that violence may have on mental health. A program in Colombia, for example, is designed to bolster caregivers' mental health and child-parent relationships for families affected by armed conflict.

But these programs should not be just for victims of violence. Fear of violence can have important detrimental effects, too, and policymakers must respond. 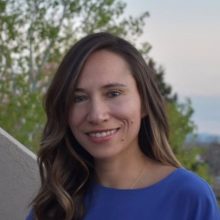 At Duke she was part of the team that designed and implemented the third wave of the Mexican Family Life Survey (MxFLS), a nationally representative longitudinal survey of the Mexican population. Using this longitudinal data Velásquez has examined the hidden costs to society of unanticipated socioeconomic shocks, such as the unprecedented surge in violent crime that took place in Mexico during the late 2000s. This work includes investigations of the effects of violence on labor market outcomes, human capital accumulation, and risk aversion.

Her work has also examined the unintended consequences of U.S. immigration enforcement policies on native’s labor outcomes, the gendered differences in labor market reallocation in response to trade liberalization in Peru, and the effect of temperature shocks on labor market and migratory decisions in El Salvador. Through her research she has found that women are particularly vulnerable to these types of shocks. In her current projects she continues to explore the pathways by which women's outcomes are disproportionately affected, with a goal of producing policy-relevant evidence that may help mitigate the widening of the gender gap produced by these shocks. 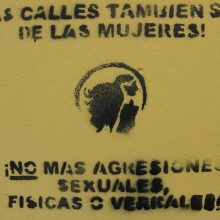