Getting Women Back To Work is not Enough

Getting Women Back To Work is not Enough

Opinions belong to the author and not to the U.S. Census Bureau.

Unless you live under a rock, you’ve heard: The global pandemic and economic downturn have had an unexpected impact on women.

For the first time in the history of data collection, women lost more jobs than men lost. They also left work and took paid and unpaid leave at a higher rate than men did to take care of kids and manage domestic responsibilities. They had little choice after schools closed and many states ordered people to stay home. Mothers of school-aged children in early closure states were two-thirds more likely than mothers in late closure states to take leave at the beginning of the pandemic. Fathers in early closure states, on the other hand, reduced work hours only slightly – less than one hour in a 40-hour workweek – compared to fathers in late closure states.

Given this landscape, how do we build an inclusive economic recovery – one that doesn’t leave women behind, dent their wages and harm future earnings? We start by investing in social policies and programs that funnel money, rebates, refunds, and other resources directly into women's hands.

Social policies, generally thought to redistribute resources and power from the haves to the have-nots while increasing societal welfare, can have different and sometimes surprising effects by group. In 2006, the Chilean government increased schooling by 5 percentage points for older teenagers living with married parents, and by a whopping 9 percentage points for adolescents in urban areas where it was easier to find paying jobs. To understand how, we look to the 2004 enactment of the Chilean Civil Marriage Law, which created a staunchly pro-homemaker divorce law that required breadwinners to pay homemakers the equivalent of the homemaker’s expected lost earnings during the marriage. The stiffness of the requirement did not last long, but long enough to study its impact. The threat of a large lump-sum payout to a homemaker after divorce increased female bargaining power within the marriage. Women used this power to make sure their children stayed in school. The more imminent the threat, determined by the average length of court time to divorce, the stronger the effect – implying that not only the threat but the reality of the threat mattered.

Other studies have reinforced the idea of a welfare-enhancing impact by giving money directly to women. When England deposited child allowances into the bank accounts of mothers in the 1970s, expenditures on household goods like children’s clothing increased. When alimony rights were extended to cohabiting women in Brazil in 1994 and Chile in 1999, investments in their children’s education increased. China’s 2001 pro-women divorce reform secured married women’s right to property after separation, which increased their bargaining power within the marriage and resulted in fewer sex-selective abortions.

Study after study has shown that putting resources directly into the hands of women and creating programs that improve their lives also improves society as a whole.

By now there is very little doubt that public policies done well can dramatically enhance wellbeing and boost economic growth. What is perhaps controversial, yet nonetheless true, is that these same public policies can have an even bigger impact when targeted directly at vulnerable populations – including women and people of color. To understand this further, just look at a recent article from the Federal Reserve’s Opportunity and Inclusive Growth Institute, which explains why a rising tide does not lift all boats. While it’s often hard to pinpoint the direct effect of a policy and even more challenging to anticipate its ripple effects, the good news is that lots of research has shown how simple policy “nudges” can have a big impact.

Here are four ideas to accelerate economic growth after the pandemic.

Here America is, investing its way out of a full-blown pandemic. A pandemic that has been devastating for all but uniquely disastrous for women. The least we can do is invest wisely. It’s the quickest way to ensure continued economic growth in an economy that has been torn to shreds. 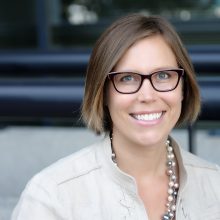 Misty L. Heggeness is a Principal Economist and Senior Advisor at the U.S. Census Bureau. With a Ph.D. from the University of Minnesota, she has worked in the U.S. federal government for more than a decade and teaches a course on policy analysis and evaluation at the University of Maryland. Her academic research focuses on poverty and inequality, gender economics, and the high skilled workforce and has appeared in outlets like The New York Times, The Wall Street Journal, The Economist, and The Tonight Show Starring Jimmy Fallon. 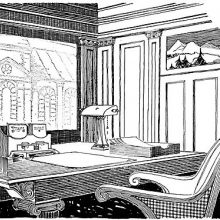